How to Test CDI box With A Multimeter (3-Step Guide)

Trying to see how to test a cdi box with a multimeter?

Super, you are in the right place!

In this ToolsGaloreHQ.com blog, we will show you: 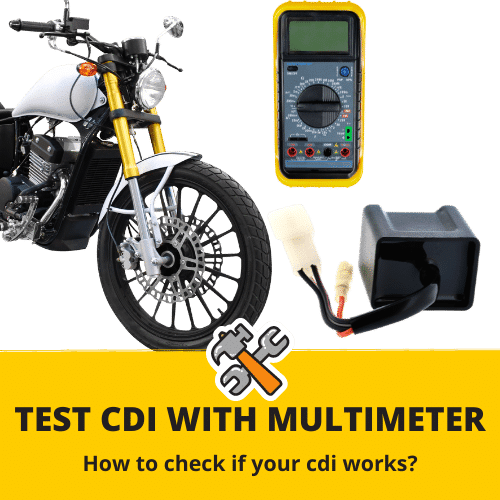 Check out the table below before continuing with the rest of the guide on how to test cdi box with a multimeter.

The capacitor discharge ignition (CDI) as you know is that black box on your motorcycle that basically functions as the brain of the ignition and motor unit.

This unit is typically found underneath the seat.

It is so common in motorcycles now a days, and has all but replaced the old mechanical trigger mechanisms of the past (before 1980’s).

Before we get into the various steps on how to test your cdi box using a multimeter.

Let's understand a few critical components of the CDI to ensure that your testing is not just theoretical but is backed up by a firm and solid understanding of the underlying electronics involved.

Internal Workings of your CDI

The CDI has the components as shown in the image below

The alternator (exciter) coil is typically powered with an AC voltage ranging anywhere up to 400 Vac.

This passes through a forward biased diode and produces a DC voltage which is inturn fed to the micro-capacitor and the silicon controlled rectifier (SCR).

The SCR is further controlled by a pulse coil which dictates it’s open and close position.

When the SCR is closed. This creates a short circuit causing current to flow from the charged capacitor in the direction as shown below.

Symptoms of a defective CDI

There are various symptoms that can be derived from a defective cdi. Of which you will be able to use a multimeter to test. They are listed here below.

There are many reasons as to why an engine could misfire.

Getting the help of a professional mechanic would usually be your best bet. However a worn out ignition coil found within the cdi is a very common issue with misfiring engines.

This occurs when one or more of the cylinders fails to fire properly.

Often what will happen is that the CDI could have a defective blocking/forward diode, creating fuzzy voltage signals which inturn confuse the spark plug’s firing mechanism.

This tends to happen at higher RPMS above 3000. It can be an issue on the stator, but it has been shown that a bad cdi can contribute to backfiring.

Please ensure that whenever you are working with cdi parts or motorcycle mechanics you ensure that you use the typical Personal protective equipment.

The minimum that should be use cut resistant and water proof mechanical gloves, protective and protective eyewear.

I can tell you from experience working with electrical equipment that safety and the dangers that come from not protecting yourself adequately can be very dangerous.

CDI’s are active components that have capacitance inside although this is usually minimal (i.e. micro farads). You should not take your safety lightly.

Equipment You’ll need to Test CDI Box with a Multimeter

The CDI is usually connected with insulated leads and pin connectors. Disconnecting this from the motorcycle should not be too difficult.

Make sure that you do not work on the cdi immediately. Let it sit for at least 30 minutes to 1 hour to allow the internal capacitance to discharge.

Also during this step, it is important to run a visual inspection of your CDI. Typically damaged CDI’s have some form of mechanical deformation in the form of heat or damaged insulation from the casing.

This method requires us to test the cdi for continuity.

So what you would do is set your multimeter to continuity mode. First take the leads of the multimeter and connect them together.

If you are using a digital multimeter then you should hear a beeping sound.

Measure for continuity between all the ground and the various other points. 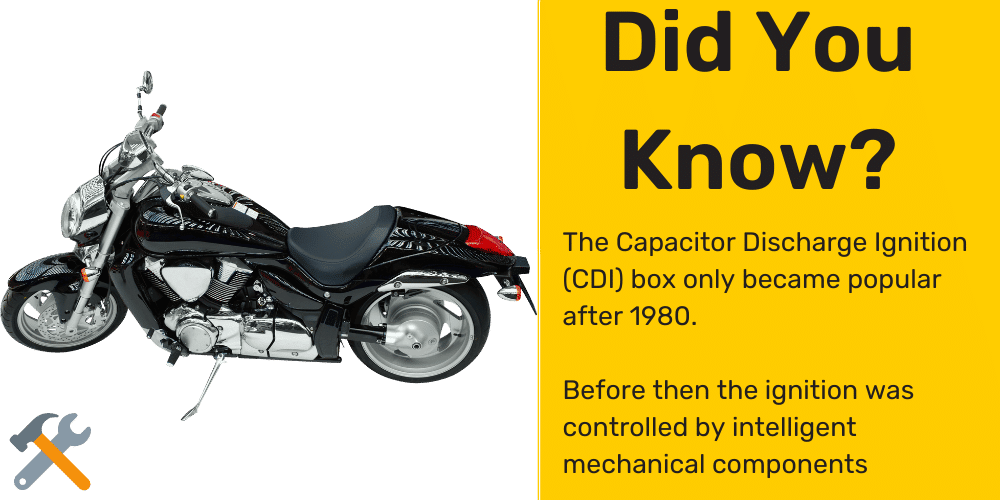 If your cdi is working well, you should not hear any sounds. If you do however hear any beeping sound as you are testing, then you cdi is faulty.

All is not lost at this stage, the cdi can still be rectified if you are able to fix the defective component.

Usually on a cdi when you have continuity between ground and any of the other terminal points , it either means that the diode, scr or the capacitor has failed.

There is an alternative method to testing the cdi box whilst it is still connected to the stator of the motorbike. Generally cdi boxes have a blue and white wire than comes from the stator to the cdi box itself.

When testing for continuity on the multimeter, it is important to test via the stator end rather than the cdi end.

This is because it is notoriously difficult to get any test lead connection through to a connected cdi box.

The voltage, continuity and resistance is generally the same as on the stator end.

There are a couple of things that you would want to test. Namely:

This will provide you a genera hot health status check of your cdi box. If the resistance values on your multimeter reading go outside of this range. It is worth checking it with a mechanic.

Final thoughts on how to test CDI box with a multimeter

Having a motorbike that does not fire correctly or produces cracky idling can be a pain to diagnose.

One thing that is often overlooked in checking the cdi for it’s health and functionality with a multimeter.

I hope this guide has provided you with additional insights as to how to test your cdi box with a multimeter.

Mogale is a qualified B(Eng): Electrical Engineer. With experience working on large-scale Solar, Wind, and Hybrid Projects. He has been exposed to multiple tools throughout his career and has a keen interest in breaking down the often murky world of power tools, machines, and measurement equipment making them more accessible and understandable to everyone.

Mogale is a qualified B(Eng): Electrical Engineer. With experience working on large-scale Solar, Wind, and Hybrid Projects. He has been exposed to multiple tools throughout his career and has a keen interest in breaking down the often murky world of power tools, machines, and measurement equipment making them more accessible and understandable to everyone. 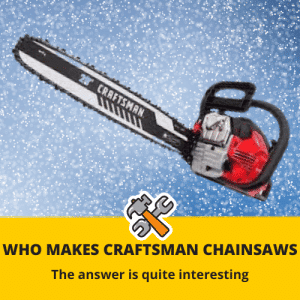 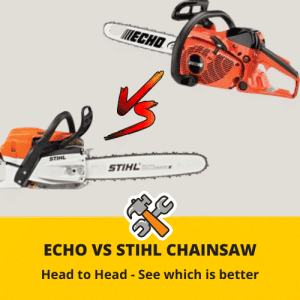 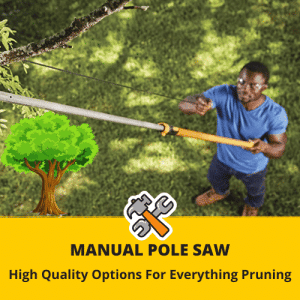