Multimeter – Past to Present (Ultimate 2022 Guide)

Did you know the first multimeter was actually not called a multimeter at all?

Did you know that the fundamentals of what makes your multimeter work were actually discovered by accident?

Want to find out more?

Super, you are in the right place. In this ToolsGaloreHQ.com Guide I will show you:

Patents that shaped the Multimeter

Look back in History

The world’s first ever recorded patent for an industrial project or idea was given to Fillipo Brunelleschi, in 1421 Venice Italy.

This was a incredible milestone for scientific developments that were to happen over the next 500 years or so.

Read More:>>> Multimeters that are perfect for electronics

Interestingly, it was not until the 1790’s that the First Patent Act was passed by US Congress in April that very year.

Shortly afterwards, Alessandro Volta invented the battery in the 1800’s. This invention catalyzed large scientific interest in the field of chemical energy storage and electricity.

One day in 1820 – Hans Christian Oersted was teaching a class of students about how a battery could cause the flow of electrons through a conductor.

Fate has it that he had a compass with a magnetic needle that was facing true north places close to the workstation were he was conducting his battery experiment to his student.

He noticed something very interesting, when he connected the electrical wire to the battery and moved the compass needle close to the wire, it’s magnetic field changed.

This discovery, which happened completely by accident, was the beginning of human kinds understanding of the concept of electromagnetism.

A key and primary mover in the inner workings of initial analog multimeters that we now know as Avometer’s.

In Simple terms as shown in the figure below. 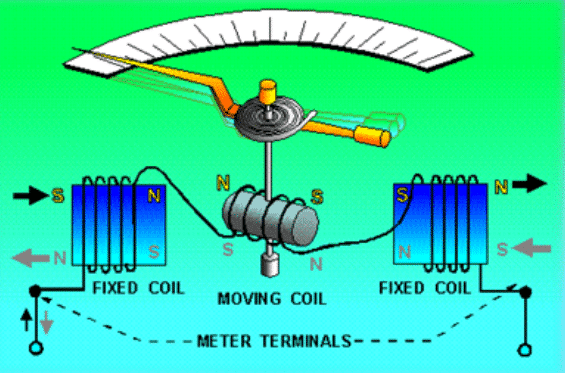 A DC current would pass through the electromagnets and the coil to move a needle.

This movement in the needle would be proportional to the electromagnetic effect of the current passing through the coil.

Key Patents and their stories

The list below is not an exhaustive list by any means, to be honest it would take a very long time to compile such, and It would not be of such great value either way as most of those patents of old are obsolete.

However having said that, I believe that there are a couple of key patents that I can share with you to help you better appreciate your multimeter.

The ultimate measurement tool for DIYer’s, professional electricians and your typical weekend warrior. Let’s jump in.

Read More:>>> Learn How To Test CDI Box With A Multimeter

Thomas Edison is famous for his invention of the incandescent lamp.

However he also pioneered many other key scientific breakthroughs.

One of his more important contributions to man kind was the creation of an electric meter which paved the way for people to be able to bill electricity usage.

The meter was made of a novel strip of copper or metal of known dimensions and weight. When current would pass through this metal strip, it would naturally degrade (hence lose some of it’s original mass).

Therefore to check how much electricity was used this thin strip of metal would be removed and measured.

A calculation would then be done to determine the amount of electricity used (and therefore the amount that should be billed) based on the reduced weight.

As metering became a norm and as electrical generation started to spread, the need to measure the quality of these new electrical systems became apparent. 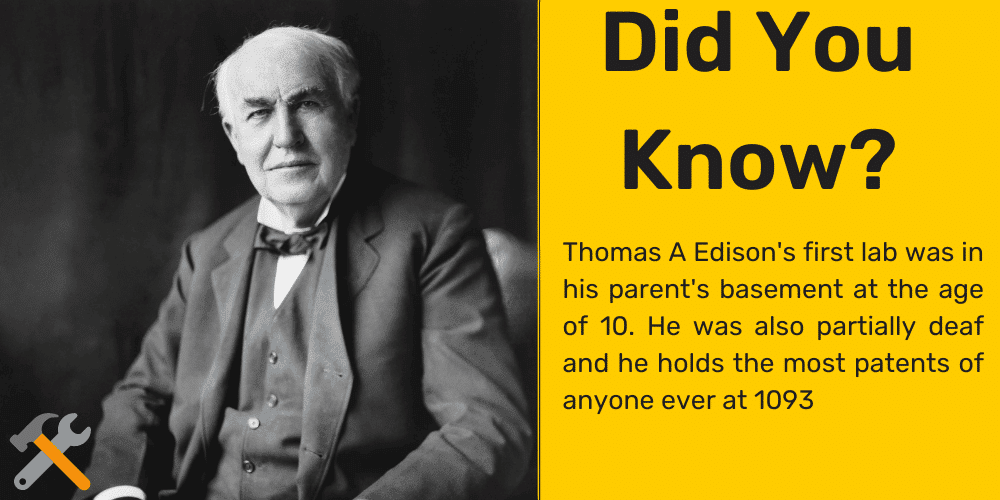 Elihu Thomson was an engineer and founder of the Thomson-Houston electric company.

He went a step further than Thomas Edison’s design and built a sturdy electric meter that was based upon the principles of a spinning disc that rotated a coil around two electromagnets.

The coil was also connected to the commutator and brushes. These motors were a huge step in helping early power companies bill their clients for energy. They were primarily designed for DC.

Hence why as you saw in the infographic above, all the early multimeters (Avometers) were designed to measure DC as this was the most common form of early electricity.

But as you can imagine DC power had one problem, you could not transform the energy to different voltages. This limitation made it impossible to transport large amounts of energy over long distances.

This became apparent to anyone interested in this new market of energy supply and power generation.

So back to the drawing board the market went.

Fortunately it didn’t take long to find a solution as there were many scientist back in the day who were working on another form of energy generation, AC electricity.

In fact Lucian Gaulard and John Dixon Gibbs using the principles of electromagnetism created the very first “secondary transformer” that was functional at lab level.

This was huge as it meant that power could be transformed. The first practical transformer for commercial use was invented by William Stanley Jr with the name “Induction Coil” US Patent 349611.

This flurry of movement led to a large war and debate over the use of DC or AC power which lasted about 20 to 30 years. Slowly however AC power won the tussle and that is why we see the development of the first Avometer capable of measuring both AC and DC in 1932. 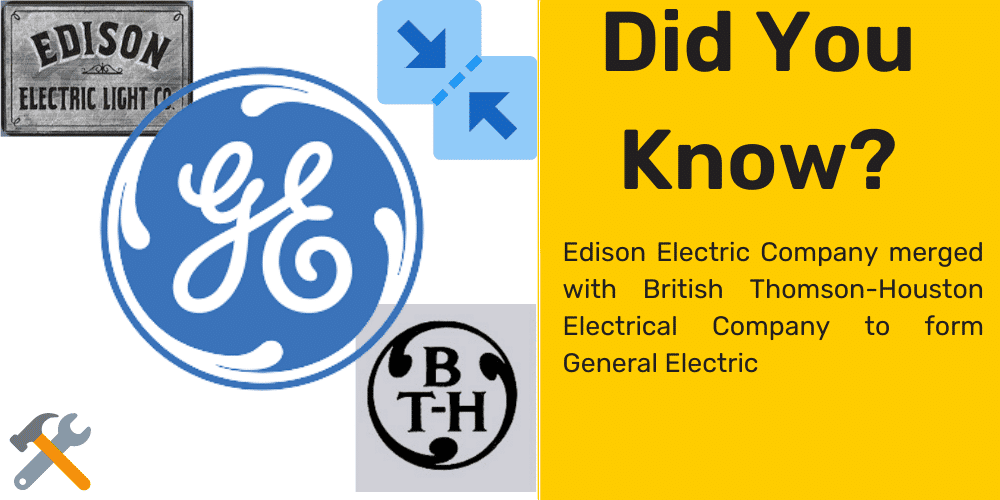 With all the developments and expansion of the electrical generation industry during this time there were many novel gadgets that were invented to solve the big problem in the room.

How do we measure the power from point to point to ensure quality of supply and to diagnose any issues?

The solution, as is with most ingenious inventions usually stems frustration. The Avometer (as we now know as the multimeter) is no different.

Steps in an engineer working for the British Postal Services, named Donald Macadie.

He patented this new invention in 1920.

This initial Avometer had many alterations and improvements throughout. The largest drawback was that it could only measure DC current and voltage.

This was huge as the world was slowly moving in the direction of AC power systems. Steps in the Westinghouse Electric & Manufacturing company.

Generating AC power wasn’t too much of a problem technically, however an issue still remained. How could we get AC power back to DC. Most electrical loads of the day as is today used DC power? Such as radios and battery chargers.

The Westinghouse Electric & Manufacturing company patented the copper oxide rectifier in 1926. This device basically helped transform AC electrical energy to DC, suitable for use with most household appliances. This change revolutionized energy and made it possible for the mains power supply to be AC supplied. This Avometer was a 13 range instrument capable of measuring

Many future advancements in this new Avometer happened throughout the next 10 to 15 years.

Until probably the most significant scientific advancement in the 20th century. The discovery of the transistor.

Transistor is born – The Beginning of the digital multimeter (DMM)

The invention of the transistor, was fiercely contested. William Shockley struggled to get his initial ideas to work.

He enlisted the support of his brilliant colleagues – John Bardeen and Walter Houser Brattain. As their supervisor William Shockley was supposed to provide them with direction.

However funny enough just before Christmas of 1947, John and Walter working on their own produced a transistor, they showed their lab results to their Directors who inturn approved of their findings.

William Shockley obviously found out, and he worked ferociously on his own to create a non contact type. Exactly 9 days later he enlisted his own patent.

This led to the fast rapid advancements in multimeter technology from analog based to digital.

As can be seen in the infographic, the early days of the digital multimeter made it difficult to be handheld due to the huge and bulky internal circuitry.

In 1980 the Fluke Corporation (One of the largest multimeter manufacturers in the world even today), developed the first practical multimeter that could fit in one’s hand.

The Fluke 8020A Digital Multimeter.

Read More:>>> Range of Multimeters under $50 And as they say the rest is history.

Final Thoughts on Multimeter Past and Present

I really hope you enjoyed this article, it was a ton of fun to create.

I always had a gap in my mind on how the development of the multimeter coincided with large changes in the electrical supply industry over the past 150 years or so.

Also how the effects of microcontroller based digital circuits played a part on the demise of the analog multimeter. Feel free to share this with as many people as you wish. Who knows were to from here maybe Artificially Intelligent Multimeters based on machine learning algorithms will be the future. Time will tell. 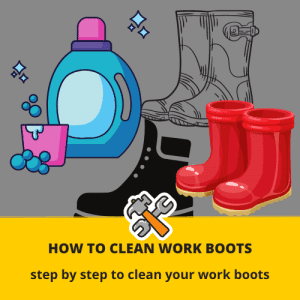 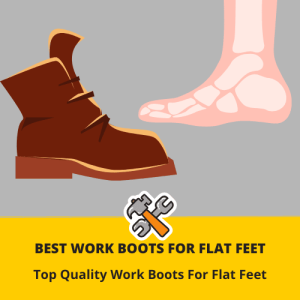 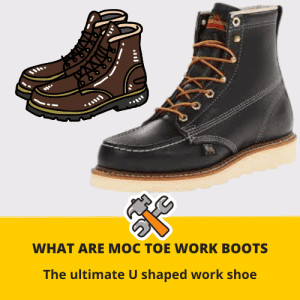